In the Good Old Summertime

Bonehead Merkle Led Tecumseh to the Pennant in 1907

Well, he had soon help, but let’s start at the beginning.  Professional minor-league baseball came to Tecumseh in 1906 when a group of businessmen consisting of Raynor Brewer, Faye and Raynor Anderson, J.H. Smith, Herbert Temple and Adolph Heesen brought a franchise for for Tecumseh in the Southern Michigan League, also known as the “Trolley League”.  Home games were played at Athletic Park on the South side of Patterson Street at the foot of Maiden Lane.  The other teams in the league were from Battle Creek, Bay City, Flint, Jackson, Kalamazoo and Mt Clemens.  Tecumseh was a much smaller than the other towns and was referred to as the “David among the Goliaths.”

This comparison proved to be an apt one in 1907 when Tecumseh won the pennant with a record of 69 wins and 42 losses.  There was a wild celebration and banquet in honor of the team which was held at the Lilley Hotel.  Another celebration was held at the beginning of the next season when the pennant was raised at Athletic Park and the band played “Michigan, My Michigan”.

The stars of the 1907 team were catcher Joe Mitchell, a graduate of the Carlisle Indian School, and Fred Merkle, a 19-year-old first baseman from Toledo.  Mitchell remained in Tecumseh after that winning season and coached the High School football team.

Merkle, who lead the Tecumseh team in batting and stolen bases, was sold to the New York Giants for $2500 and became a regular for them in 1908.  It was during this 1908 season that he earned the unfortunate nickname of “Bonehead” when his base running blunder late in the season against the Chicago Cubs cost the Giants team the National League pennant.

Tecumseh was not as successful in 1908 although they did finish on the winning side of the ledger with 63 wins and 60 losses.  Unfortunately a combination of the small grandstand at Athletic Park and local “Blue Laws” which prohibiting professional baseball games from being held on Sundays kept the team in debt and the franchise and players were sold after the 1908 season ending Tecumseh’s place as a minor-league town in America’s favorite summer pastime.

Custer and the Little Big Horn

Coinciding with a presentation on George Armstrong Custer… 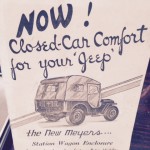 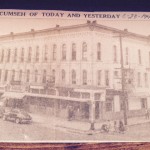 The northwest corner of Evan Street and West… 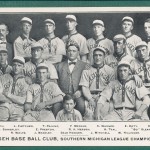 In 1907, the Tecumseh baseball club was the… 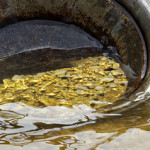 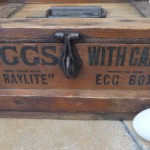 Printed in the Tecumseh Herald “Hints for Housewives”:…